I signed up for this years Society of Children's Book Writers and Illustrators (SCBWI) conference and was excited to find that the conference seemed to be focused on illustration this time. It turns out that, along with the conference, for an additional fee, I could sign up for an intensive with Martha Rago! Amazing! She's the executive art director of children's books for the publishing company, Harper Collins! Can you believe it?! Well, to say the least, I'm a bit nervous to hear what she has to say about my sketches and book cover idea.

The intensive assignment was to choose between two projects. One was a book titled, Lolly and B. Bear (Goldilocks and baby bear). For this project, a dummy book was to be mocked up. The other project was to come up with a book cover illustration for the book, Princess Cupcake. This assignment also required sketches of main characters and different poses and expressions for Princess Cupcake. I chose this one to participate in.

The conference isn't until the end of February, but the intensive has already begun. Our sketches were due last Sunday to Sherry Miedell, a wonderful illustrator who also organized this event. She'll be sending them off to Martha, who will then give us a critique and let us know what we can do to make our design stronger. When we show up to the conference in February, we will have a finished piece to show her taking in all the changes she suggested. She'll then give us a final critique. Scary!!!

Let's just say, I'm a little intimidated with all of this. Anyway, below are the sketches I sent off. Wish me luck!!! 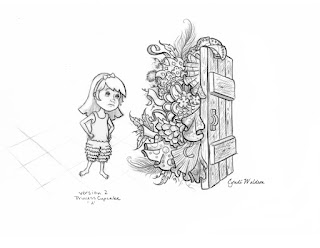 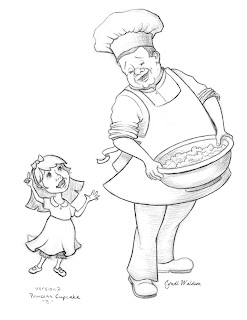 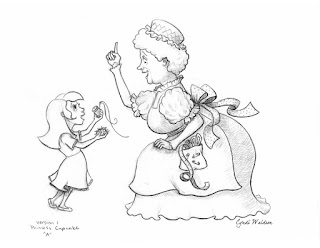 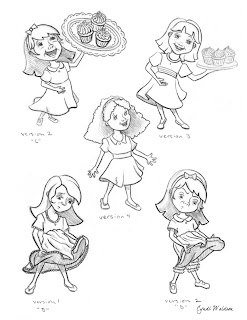 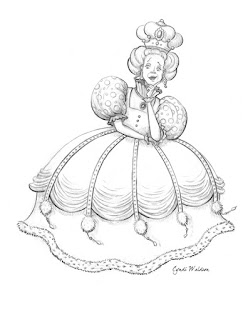 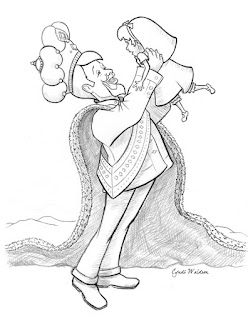 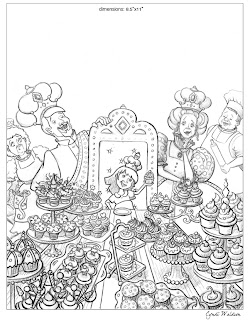