I see Halloween decorations, trinkets, and gizmos everywhere and it's only the middle of September! I do have to agree that it is a fun time of year. My favorite part of it all is seeing a child experiencing it for the first time. They just don't know what to expect or how to react. They want to be happy and excited- which they are when they receive the candy- but then there's some scary masks and costumes out there that put some doubt into the whole reason for being out on this particular night. Every year, I see the princesses, the super heroes, the witches, and the zombies. I guess that's part of the tradition. However, I like the creative costumes even more. One of my favorite costumes from last year was worn by my niece's little boy. He was dressed as a cow with a sign around his neck saying, "EAT MORE CHIKIN". If you have a Chic-Fil-A in your state then you know what this means! I LOVE there advertising! When I saw this costume, I had to smile. Just so cute and creative! Well, without my niece knowing, I drew him in my sketchbook. I thought I'd post him in his costume along with some others I enjoyed drawing. I'll throw in some other Halloween stuff too. One's a self portrait! Can you tell which one? Hint: I've included my dogs, Poochie and Zoey! I hope you enjoy it! 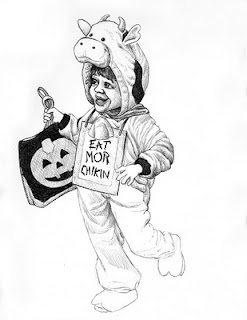 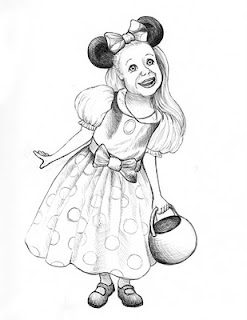 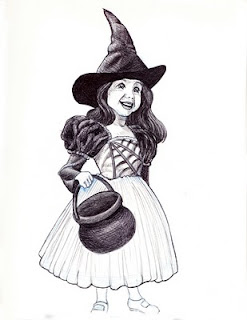 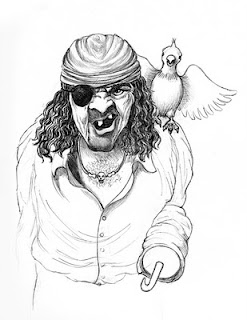 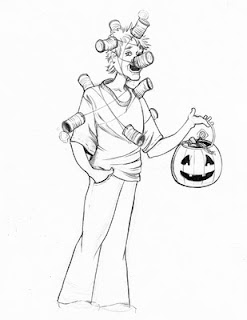 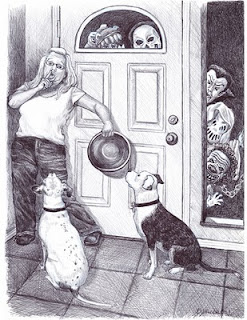 The following aren't really Halloween sketches but I thought I'd include them anyway. 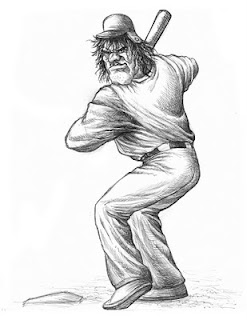 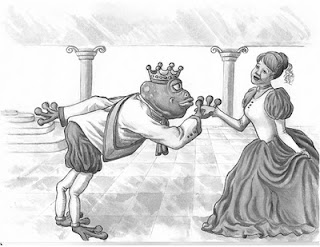 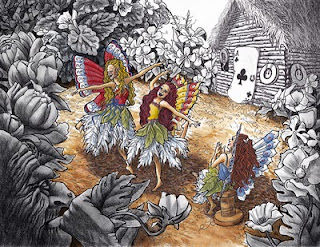